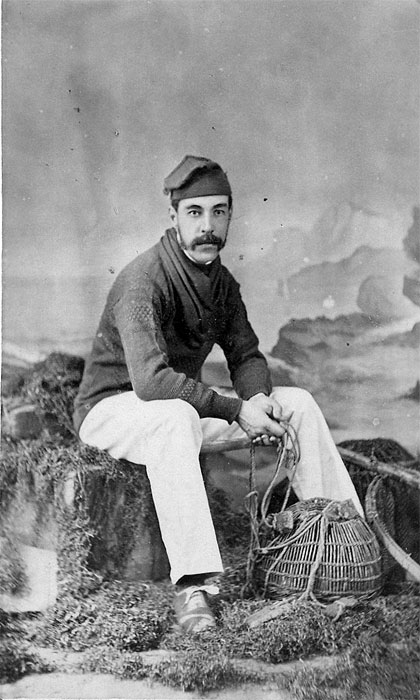 Charles Oates was a fellow student of Trinity Hall, and, like Carpenter, homosexual. The friendship and correspondence, begun at Cambridge, continued until Oates death in 1891 – Oates becoming perhaps the chief confident for Carpenter’s feelings.

I wish you would answer my letters. What has become of you? Some people speculate that you are going to be married, but I am inclined to think that too good to be true. You must write & let me know about yourself; I do not want you to disappear into the cold outer space without leaving some sign or symbol. Is it true that you are thinking of going abroad and, if so, couldn’t you show up here for a little time beforehand?  I have made the acquaintance of a man who often strikes me as like you; he has very quick affections & warm feelings & often feels lonely enough up here in this somewhat chilly atmosphere & then he gets fits of extreme depression, which I am afraid is like you too, and cannot push them off for a long time & passes sleepless nights & unprofitable days. It seems too bad that people should be tormented by such insubstantial devils.  I often think what fools we are not to league ourselves together by closer bonds of friendship against such evil onslaught (for all the devils in the world would vanish – for me – if I had but one person to help me against them) but as it is we live in a powdery granular state of society where no man is organically connected with others, but each man has to draw his own life & support from no one (as you delight to say) but himself; and so the weight of the world is many times trebled.

farewell,    ever yours  Edward Carpenter 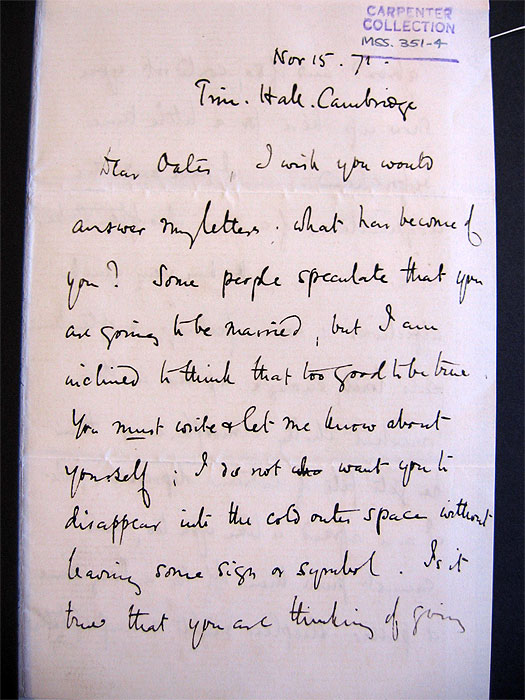 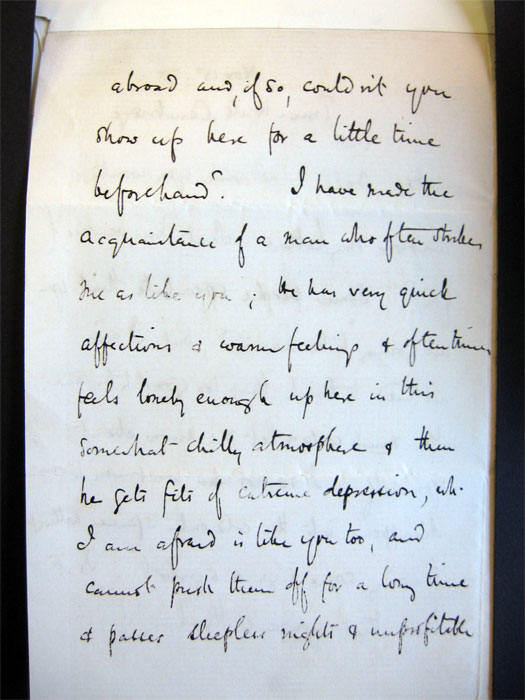 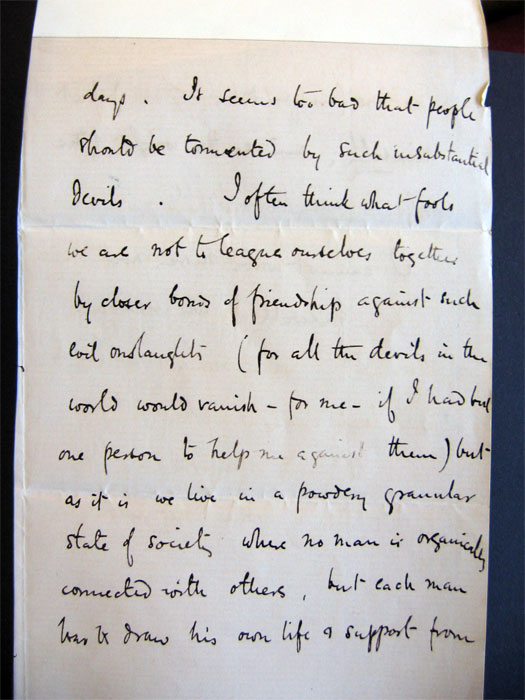 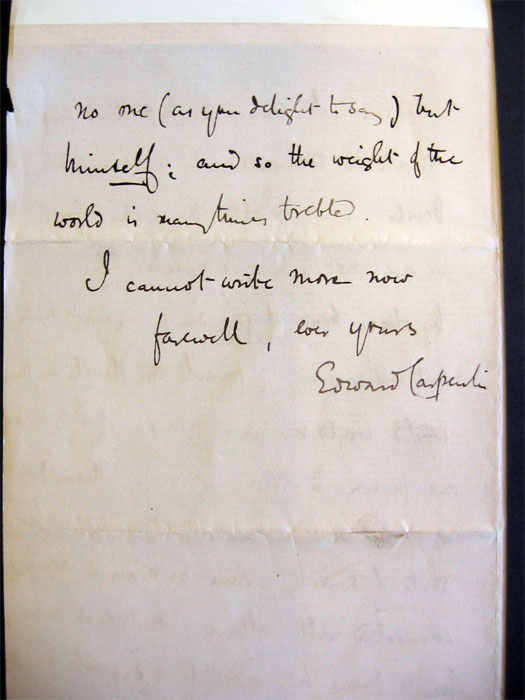